Welcome to the Truro City Council website. Truro City Council is the most local level of Government in Truro, managed by 24 elected and unpaid Councillors for a four year term. They work together to make decisions relating to the city and officers of the council make sure these decisions are implemented.

Find out more about your Truro City Councillors

Truro City Council is made up of by twenty four councillors each serving a four year term ending May 2025.
FIND OUT MORE

The City makes a charge for a number of services

The City Council makes a charge for a number of services it provides. These are reviewed normally once a year by the Council as part of its Precept setting process.
FIND OUT MORE

Find out more about events happening in Truro

Watch this space for details of events in Truro coming soon.
FIND OUT MORE

Truro City Council have a procedure to ensure members of the public are able to make a formal complaint should they feel the need to.
FIND OUT MORE

A number of publications from Truro City Council, TIC and BID

Find out more about the Truro Community Library

Find our more about both the reading library and the community rooms that are on offer.
FIND OUT MORE

Get in touch with Truro City Council 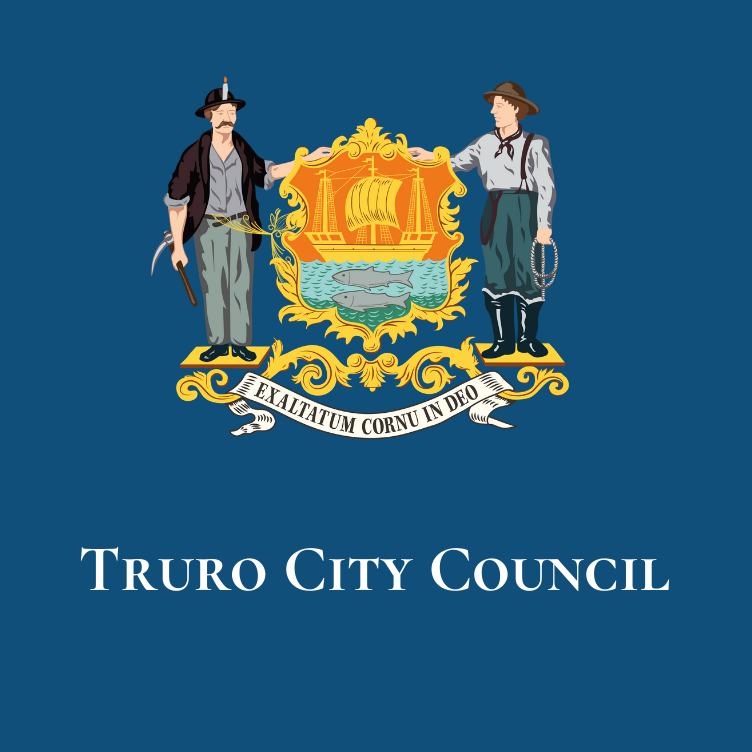 Statement in response to land at Comprigney Hill

Truro City Council has recently purchased the land at Comprigney Hill from a private landowner using section 106 money from planning gain. The reason for 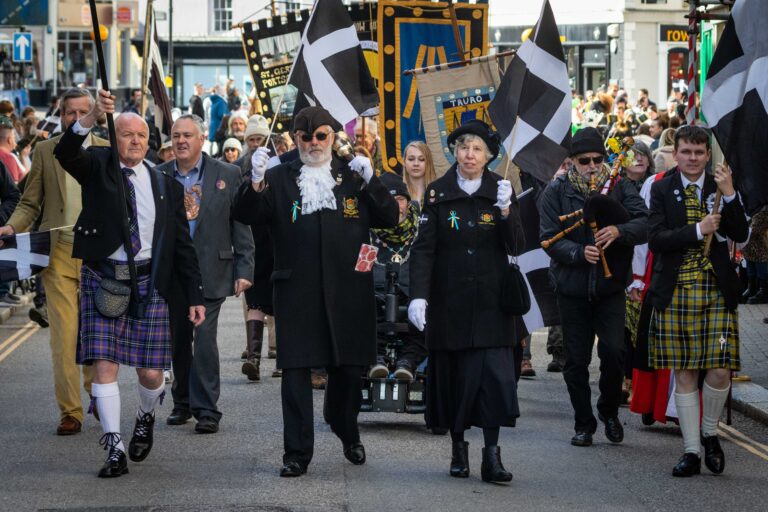 Notice of Poll – Election of a City Councillor

A poll for the election of a City Councillor for Truro City Council – Tregolls Ward will be held on Thursday 19 January 2023, between

Truro City Council is looking forward to the New Year’s Eve celebrations on Saturday 31st December, in which there will be two fireworks displays in

Furniss Coal is a charitable trust limited to the Parish of Truro. We can offer support if you are not able to afford extra heating

Trees and shrubs are known to have many benefits in urban settings, including beautifying the environment, providing habitat for birds, insects and other wildlife, reducing

Truro (Truru – Three Rivers) is located at the highest fording point of the Fal Estuary. The Kenwyn (Dowr Ithy), Allen and Glasteinan (Tinney) merge into Truro River to subsequently become the River Fal below Malpas.

In legend Tristan and Iseult hid from jealous King Mark in Moresk Forest and took the Malpas Ferry to escape from him. Two of Truro’s greatest sons were Richard Lander, an explorer, and Henry Martyn, a missionary; both seafarers. Three great Cornish roads converged at High Cross (by the Cathedral) – Pydar Street, Helston Road and the North road from Grampound. There is much evidence that reflects very early settlement and industry in Truro.

Truro’s Charter was granted by Reginald, Earl of Cornwall, in about 1175. It is the oldest known document held by a Cornish borough and addresses ‘all men, Cornish and English’.

The City arms came from the badge of the Gild of St Nicholas; the patron of seamen and seafaring merchants – hence a ship and three fish. Echoes of the Gild survive in St Nicholas Street. The medieval Priory was a centre of learning which helped record the Cornish language.

Between 1135 and 1154 an ‘adulterine’ castle was erected during the civil war between King Stephen and Queen Matilda. It later became the Livestock Market and is a key element of Truro’s economic life to this day. It is now the site of the Crown Court (Evans & Shalev 1990s).

Henry le Bailly and Robert Maynard were selected by Edward 1st to represent Truro at the ‘Model Parliament’ of 1295. Truro retained two MPs until the Reform Act of 1867.

At the end of the 19th century Truro was selected to host the new cathedral and became the heart of the new Cornish Diocese. It joined the elegant civic centre of Truro City Hall, the newly formed Royal Institution of Cornwall (Royal Cornwall Museum), Lemon Street mansion houses and the architectural flourish of Sylvanus Trevail and Philip Sambell, to be followed in the 1960s by a post-war brutalist flourish of buildings and civil engineering making Truro one of Cornwall’s most prosperous, elegant and influential towns. In the 1800s Truro secured the title ‘City’ and in 1996 the Crown Court moved from Bodmin to join the new Treliske Hospital as the focus of NHS in Cornwall.